On the East Coast

and the West Coast 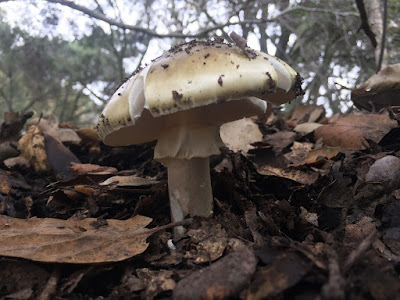 It's with heavy heart that I post some recent stories that have been in the news.

On March 26, 2018 - In Wake County, North Carolina, Janna Joyner came home to find two of her dogs, Drago, a Saint Bernard and Adoni, a lab mix dead in her backyard.  Blood tests showed Amatoxin in their system, the deadly poison of the Death Cap Mushrooms

And then on May 4, 2018 - In Santa Barbara, CA, Teslin Lemaster had to euthanize her chocolate lab, Cruz.  He had gotten into some mushrooms on a walk in the Douglas Family Preserve Park. Unfortunately, they were Death Cap Mushrooms.

Both Janna and Teslin now belong to a club no one wants to be member of...those who have lost a loved one to a Death Cap. Now, they too are trying educate other pet owners of this danger so it does not happen to anyone else.
Many of us are alert during the rainy season for mushrooms in our yards, but spring and summer it's easy to think that mushrooms won't grow now. Please remember, I lost my dear Donato in the heat of August. If you water trees or lawn...mushrooms can grow. Death Caps can grow. 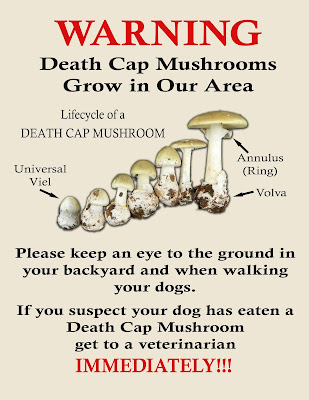 A Simple explanation of how the Death Cap kills.
Amanitin enters the body through the mouth, is absorbed in the stomach and small intestine, and is transported directly to the liver, where it kills a bunch of cells.  Some of it is flushed into the kidney, where it kills a bunch of cells and is pissed out of the body.  Some is taken up into the gall bladder, where it gets dumped into the bile, which is released.  That amanitin is again absorbed by the intestine, and goes through the same cycle.  That's why it takes a few days for amanitin to kill the liver and kidney.  It's the repeat exposure that kills.

Dr. Todd Mitchell came up with a brilliant idea:  let's flush the poison out so it doesn't keep killing. He keeps people over-hydrated, so most of the amanitin is flushed out the kidneys, and gives them silibinin (or silymarin, the more crude extract of the milk thistle) that binds up the amanitin and keeps it from circulating. Unfortunately silymarin is not approved for use in the United States by the FDA. Todd MItchell heads a critical trial on the use of silibinin in the US which has become known as the Santa Cruz Protocol. Unfortunately this protocol is still a  not available for dogs. Hopefully soon the FDA and the veterinary world will approve it for use.

REMEMBER: IF YOU SUSPECT YOUR DOG OR CHILD
HAS EATEN A DEATHCAP MUSHROOM
THE FIRST 24 HOURS ARE CRITICAL...
IT CAN BE THE DIFFERENCE BETWEEN LIFE AND DEATH.

PICK MUSHROOMS,
BAG THEM AND THROW THEM OUT...
AND DON'T LET YOUR DOG SEE YOU DIGGING THEM UP,
FOR IT WILL ONLY PEAK THEIR INTEREST.


IT IS MY HOPE
THAT LITTLE DONATO, BRUTUS, OTTO , COSBY, BELLA & TRUFFLES,
LITTLE DIXIE, DRAGO, ADONI AND CRUZ
WILL CARRY THIS MESSAGE
AROUND THE WORLD
AND KEEP ALL OF OUR PUPS AND DOGS SAFE

Posted by Diana Gerba at 4:50 PM No comments: 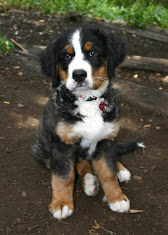 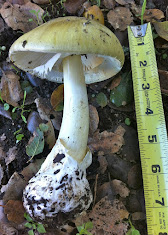